Registration and more info about the workshops with Lauren:
boissonnet@protagon.net

We offer the workshops on a donation basis. You decide how much you want to give after the workshop. Our recommendation is 5-15 Euros per workshop hour, depending on your financial situation. 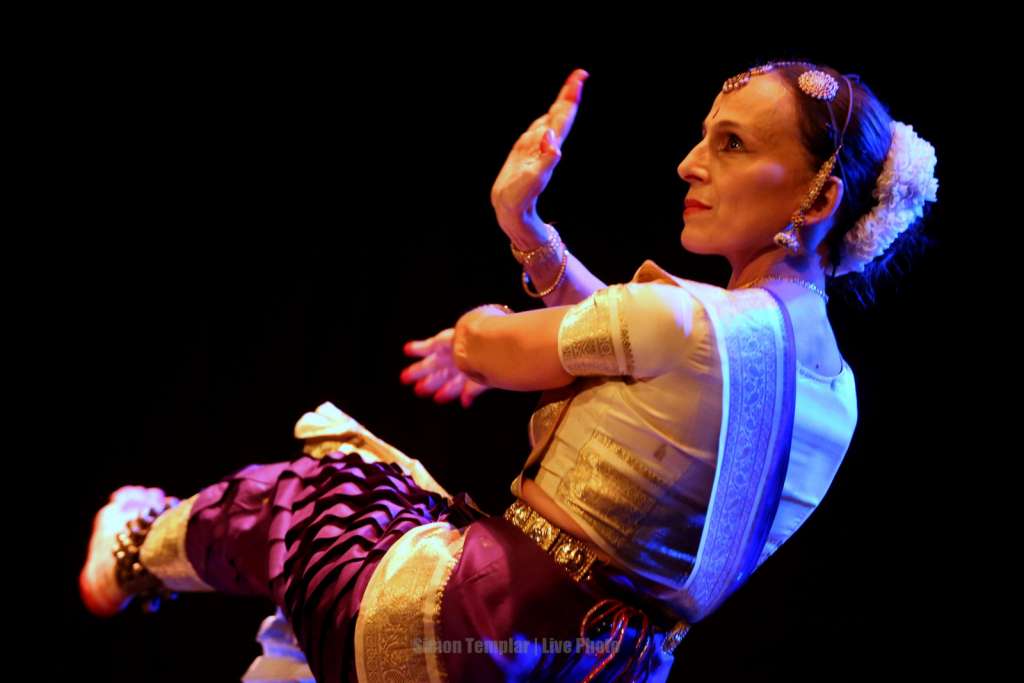 Bharata Natyam is the classical Indian dance par excellence. It used to be performed in temples by sacred dancers, the devadasi, who were educated and trained in art and music only for this purpose.

For a long time, Eastern theater in the West was the privilege of a few artists or more or less aristocratic connoisseurs. In the last fifty years, the Eastern experience and its valuable heritage have become an important point of reference for Western theater. Indian classical dance theater can be divided into two broad categories: Nritta, or pure dance, which by definition does not express meaning but organizes basic linguistic units into choreographic architectures of varying complexity; and Nritya, or acted dance, in which the actor-dancer describes events of a poetic and narrative nature. Participants will be introduced to dance by practicing and studying the basic elements of dance, from basic steps to first principles of acting.

Caterina Scotti is one of the historic artists of Teatro Tascabile, trained since 1982 under the careful guidance of Renzo Vescovi, founder and director of Tascabile until his death in 2005.

Like all the other members of Tascabile, she has honed her knowledge of theater according to the three main areas in which the group specializes. These refer to the theater of contemporary research, the theater for open spaces, with special attention to the studies related to the connection between the scenic area and the popular audience, and the Eastern theater tradition, through the constant practice for over 40 years of Bharata Natyam dance, under the direction of the famous master Usha Raghavan.

Caterina Scotti teaches at the School of Tascabile, where she is particularly involved in the use of stilts, the use of the voice and the dramaturgical and experimental elaboration of the theatrical text, and conducts workshops on the dramaturgy of the actor between East and West in Italy and in various countries around the world (Mexico, Peru, Brazil, Costa Rica, Ecuador, Argentina, Chile, Spain, Hungary, Romania, Denmark and Germany.

The workshop has a duration of 10h and takes place in English, as well as with translation if necessary. 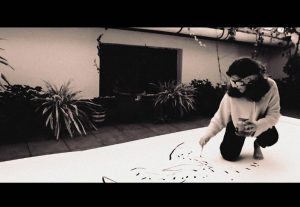 Workshop on the “Blind Drawing” technique by Francesca Angelini

Absence marks the present, the gaze has no vision, the word has no intention. And so perhaps the first step to move forward is to respond, to pause, to listen.
Through blind drawing we will return to the acoustic world, as McLuhan says. During the workshop we will close the biological eye that separates and fragments us and we will follow the unconscious that unites, hears and therefore sees us.
By bringing out the unconscious, we will reconnect with the burnt identity, we will recover the primal instinct that is necessary to fight against capitalism. From the ashes we will bring back the fire, but it will not be a destructive fire. It will be the fire of creation. 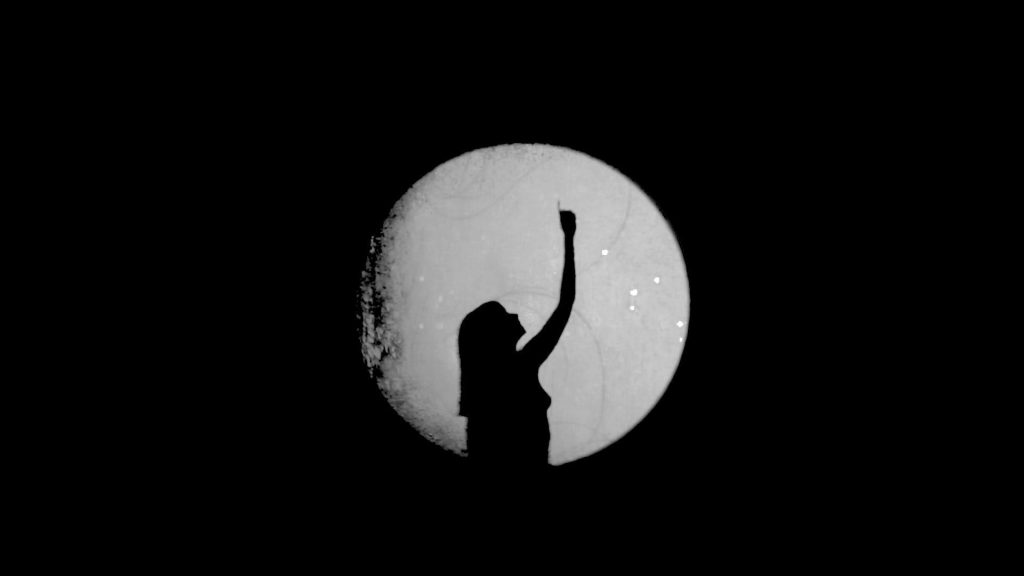 Workshop on theatre research techniques by the Multiactive Group of Art Fabrica Athens.

As part of a theatre community, we share a common place and elements of consciousness or mind with all the individuals that make up this system. The way and at the same time the goal of the process is to use and expand the consciousness of the individual and the ensemble towards a living equilibrium made of dynamic contradictions. In other words, a close relationship of physical communication, interdependence and unity is created to realise a creative composition. If we transfer this position to the level of a natural ecosystem, we could recognise channels of consciousness in the common space of the entities that make it up, even if they appear mindless, because the synapses created between them help to keep the system alive through their exchange and heterogeneity. If we accept this point of view, a human community, as an extension of any ecosystem, contributes directly with its consciousness to its maintenance and evolution.

In this workshop we will play with our bodies and the relationship between them while we mentally observe the process in silence and with benevolence. This will be done especially through techniques of the Theatre of Research, a theatrical path introduced by the group. The aim is to return to our place of action more openly and consciously as a unit, but also as a whole.

The workshop has a duration of 3h and takes place in English, as well as with translation if necessary. 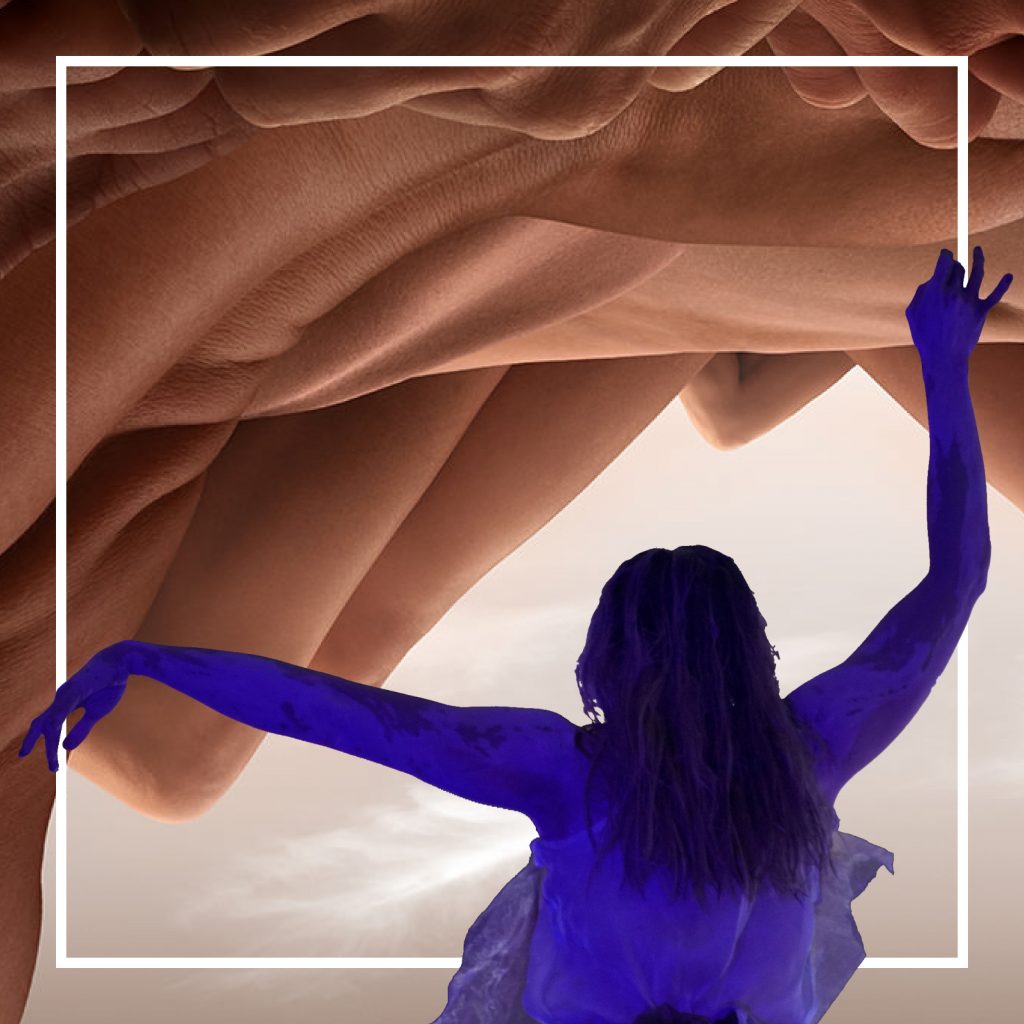 Workshop on breathing techniques in theater

Inhale…exhale…simple, isn’t it? As simple as it seems, breathing is one of the most important emotional regulation tools that we have. Indeed, our breath is the first thing to change when we are exposed to any new situations.

We will discover how entering a certain ‘breath state’ can help us reduce logic-based thinking, hence enabling us to dance in more poetic, illogical ways in order to manifest “the other” through us, perceiving the environment as a sentient being.

Join us on this journey and immerse yourself in various breathing techniques through theater exercises.

with Simone Galli and Roman Jakowlew 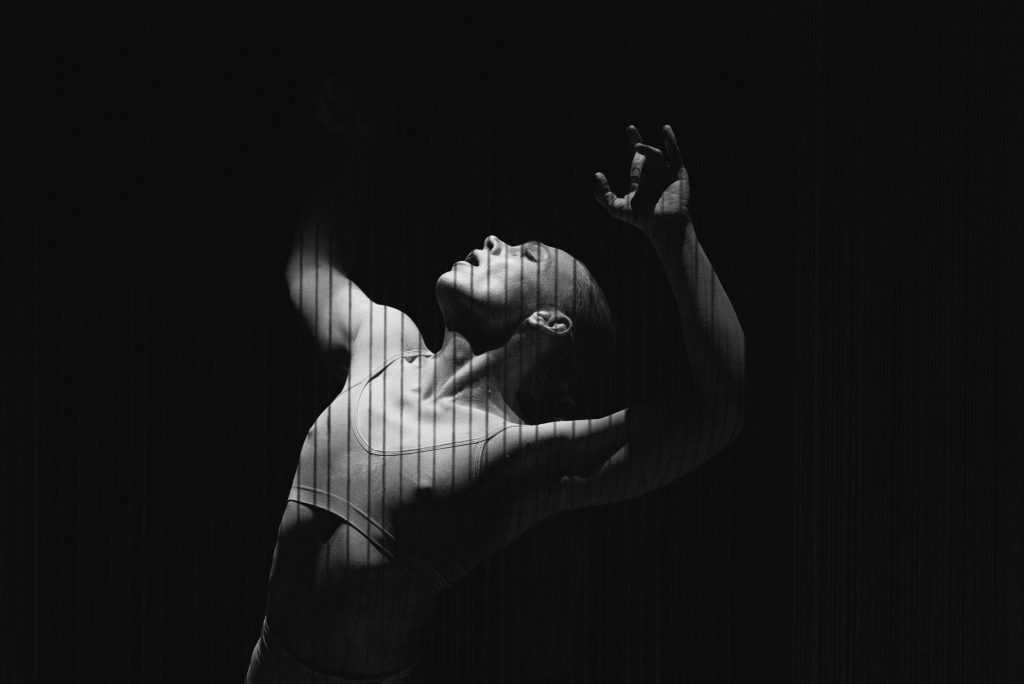 Butoh dance is means of expression in which such contemporary world problems can be explored. It is a mirror of the world. We need to keep our eyes open.

In the workshop we will embody images. We will seek for our inner fragile, true and unknown places, exploring different phases between inner and outer space.

Constantly supported by live music, this research will lead our physical bodies into a sensitive and deep-present way of movement and expression.

In this workshop we will learn to embody images. We will search for our inner fragile, true and unknown places and explore different phases between inner and outer space.

Supported at all times by live music, this exploration will guide our physical bodies into a sensitive and deeply present kind of movement and expression.

Anna studied at universities in England and Finland (Rockhampton University (London) Northern School of Contemporary Dance (Leeds) and Theater Academy of Helsinki). She is a qualified dancer and dance teacher. As a dancer and actress, she worked in projects for well-known theaters and dance directors such as antagon theaterAKTion, Slava Polunin, Shusaku Takeuchi and Nina Dipla.
Groove Studio, Wächtersbacher Str. 76
. 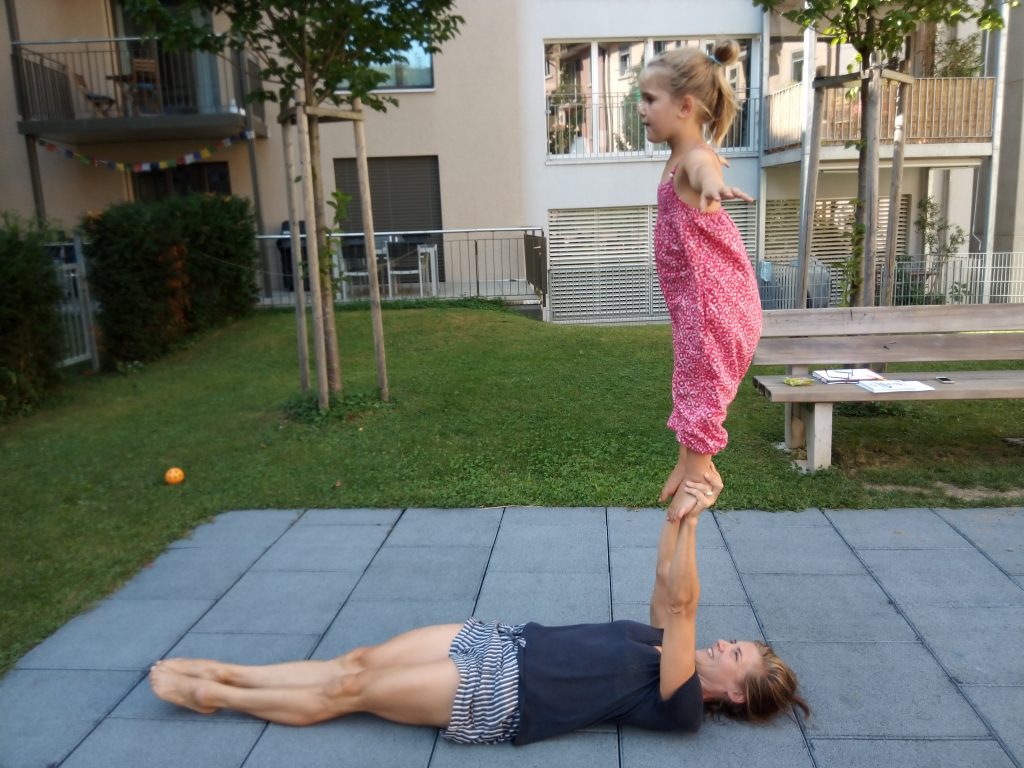 Family Workshop on acrobatics with children and adults

After our Family-Akro-Workshop at the Sommerwerft now a follow-up with LittleBigAkro at the Winterwerft! With new tricks! No prior knowledge necessary!

Do you want to learn, move and fly acrobatic figures together with your child? With family acrobatics, we explore gravity together – and how we can outsmart it!

After a playful warm-up, you will learn figures from partner acrobatics such as fliers, standing on your shoulders or hands, and very simple mini-saltos. Through the particular balance of forces between small and large, you can quickly achieve amazing things!

Target group: for children from 5-12 years with adult partner. 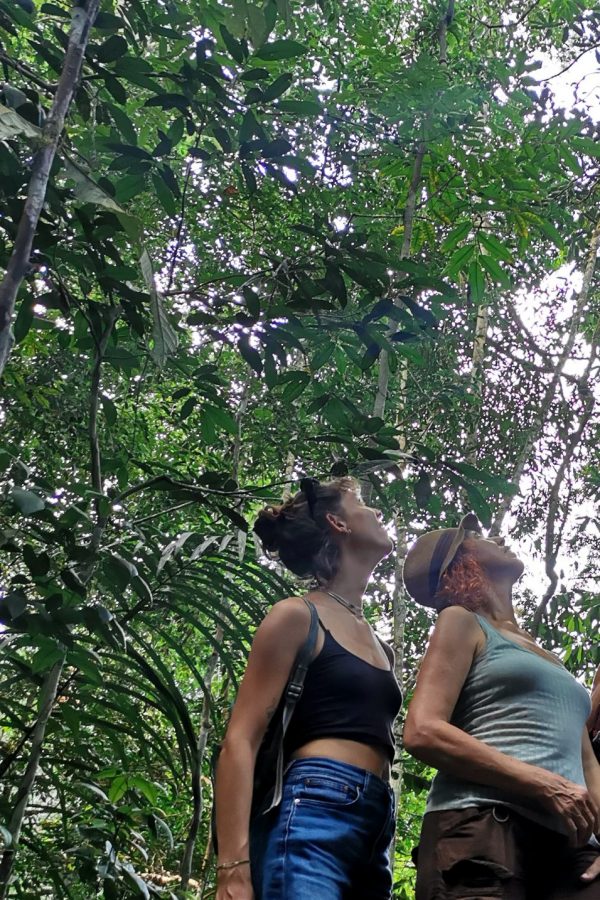 We offer you the unique experience of immersing yourself in the big city theater world with the performative Djungle Tour. In a playful, dance-like way we explore the flora and fauna of one of the last (still) intact virgin theater forests in the world.
Professionally trained guides will prepare you for the exploration and accompany you through the thicket. We have german and english speaking guides.
An explosion of impressions on all sensory levels!
To be perfectly prepared, here are some essentials:
We work indoors and outdoors. Bring a change of clothes and weatherproof clothing in which you can move well, also headlamps and enough water.
Guides: Carlotta & Ursula Pehlke
FREIE BÜHNE WENDLAND
www.freiebuehnewendland.de