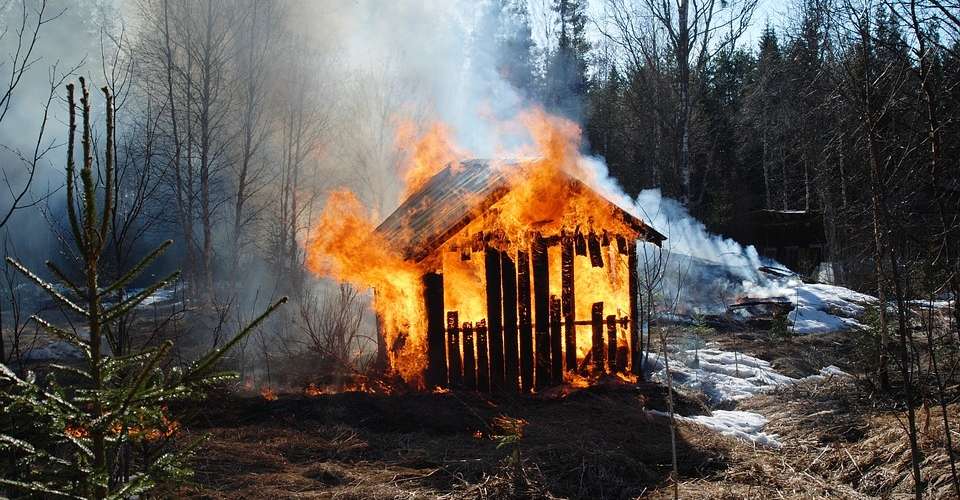 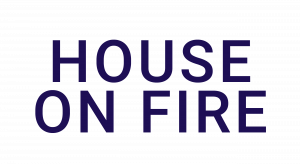 The house is burning. The air is thick with smoke, cracking, rumbling sounds can be heard from the roof structure. The swelling heat is becoming more and more unbearable as the flames are coming closer and things are falling from the ceiling. Around the kitchen table, there is murmuring: ‘The firefighters should arrive any moment, shouldn’t they? Shouldn’t they?’

In the past few years, we have seen how what we long knew only from the news has also reached our habitats here in Europe: We have seen how one summer of drought follows the next, how wildfires are destroying the few remaining forests in our latitudes, how floods are causing unimagined destruction, how tons of dead fish are floating in the rivers – the list is long. All these catastrophes still affect us in a much less existential way than the people in Pakistan or Brazil – but they are there, they are tangible, and they can be pushed aside less and less. At the same time, we experience how war is again raging in Europe, how this war has a greater impact on the price of a loaf of bread in Cairo or Accra than on us, who are much closer to it, and how, amid all the talk of arms deliveries and gas prices, the climate crisis suddenly fades into oblivion.

Here is a Memethat speaks to our contemporary moment. A dog sits in a burning room, wearing a jaunty little hat. He says, ‘This is fine’ and everything around him burns. (…)The planet is facing a climate catastrophe. And by facing, we mean ‘staring down the barrel of’. Growing numbers of people are panicking, organising, fighting. But most of us are the dog – feeling the heat but using it to toast marshmallows. This is fine

With all the successive catastrophes, there is one thing we do not see: a deep change of heart, a broad societal debate about truly sustainable redirection in our ecological, economic and, above all, cultural orientation. Instead, we are still sitting on the dinner table stuffing ourselves, while the smoke thickens, while our planet is bleeding from the veins that we have opened with our drilling, digging, cutting, spilling, killing.

It is almost ironic: Finally, the ever advancing, ever moving, ever growing shopping mall of colonialism and capitalism is burning – but not because some desperate activists managed to set it on fire. It is burning because the fires, the furnaces that are needed to keep it alive, to supply it with ressources are getting out of control. The heat and smoke are now reaching also the upper storeys of the building (us!).

In other parts, people have been feeling the heat for a long time, have been suffering and fighting so that we can- and while we continue our business as usual. It is important to remember this fact, as it gives us humility – but it also gives us a hint of where we can look to for all what we have to (un)learn in the coming years.

“What you people call collapse means living in the same conditions as the people who grow your coffee.” –Vinay Gupta

So what will be our next steps, through the smoke, the grime and darkness? And what is the role of art, of theatre in this process of navigating an unfolding catastrophe?

Shining lights in the darkness

If, as Audre Lorde says “the master’s tools will never dismantle the master’s house”, then this fire can also not be extinguished with the tools that our societies have relied on in the last centuries – more technology, more development, more exponential growth. And neither can the house be rebuilt out of the same kind of material and in the same way. Maybe what we reconstruct, should look less like a skyscraper and more like a yurt, or a mud house. Much more like a garden.

One thing is clear: What we need in this crisis are new tools, new knowledge. Or, perhaps, we just need to remember, and expand our view for new and old perspectives away from the cultural centers and Metropoles.

During this years Winterwerft, we want to take the time to address all of those issues that are presenting themselves to us with ever-increasing urgency:

What can and should theater and the the performing arts do in such times? … a time of fire, a time of drought and of violent conflicts over resources? How can a theater in the Anthropocene look like, which questions have to be formulated, which languages have to be developed, which ways of walking have to be tested, which spaces have to be opened up, which networks have to be woven? How can the climate catastrophe, with all its floods, storms, droughts, all its displaced people, refugees, deaths, be brought into stage? What songs and dances, languages and chants need to be flung, sung and spoken out of our hearts, out of the theaters, out of the windows onto the streets and squares, into the plenary halls?

How can we give a voice and an agenda back, to all those who have been deprived of it during the rise of the Western notion of “civilization”, “modernism” and “progress”? The forests, mountains, rivers, insects, bacteria, animals, plants and ecosystems. The countless tribes, languages and cultures that have been converted, colonized, wiped out during our unrestrained growth obsession?

We believe that, in the face of what is coming, we need theater, art and culture more than ever before. We believe that art and theater will be “[a]warming fire for the freezing, a lifeline for the lost” (Lorde). For this purpose and because of it, we want to come together at the beginning of this new year. Would you like to join us?