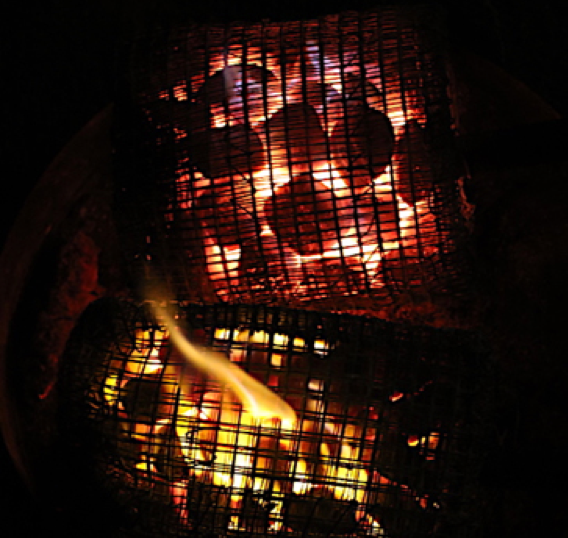 We want to open the Winterwerft 2023 in a special little moment with you.

If, as Audre Lorde says, the “master’s tools will never tear down the master’s house,” then we cannot put out this fire with the tools our societies have relied on in recent centuries – more technology, more development, more exponential growth. And neither can the house be rebuilt out of the same kind of material and in the same way. Maybe what we reconstruct, should look less like a skyscraper and more like a yurt, or a mud house. Much more like a garden.

One thing is clear: What we need in this crisis are new tools, new knowledge. Or, perhaps, we just need to remember, and expand our view for new and old perspectives away from the cultural centers and Metropoles.

During this years Winterwerft, we want to take the time to address all of those issues that are presenting themselves to us with ever-increasing urgency:

What can and should theater and the the performing arts do in such times? … a time of fire, a time of drought and of violent conflicts over resources? How can a theater in the Anthropocene look like, which questions have to be formulated, which languages have to be developed, which ways of walking have to be tested, which spaces have to be opened up, which networks have to be woven? How can the climate catastrophe, with all its floods, storms, droughts, all its displaced people, refugees, deaths, be brought into stage? What songs and dances, languages and chants need to be flung, sung and spoken out of our hearts, out of the theaters, out of the windows onto the streets and squares, into the plenary halls?

How can we give a voice and an agenda back, to all those who have been deprived of it during the rise of the Western notion of “civilization”, “modernism” and “progress”? The forests, mountains, rivers, insects, bacteria, animals, plants and ecosystems. The countless tribes, languages and cultures that have been converted, colonized, wiped out during our unrestrained growth obsession?

We believe that, in the face of what is coming, we need theater, art and culture more than ever before. We believe that art and theater will be “[a]warming fire for the freezing, a lifeline for the lost” (Lorde). For this purpose and because of it, we want to come together at the beginning of this new year. Would you like to join us?

She Was A Boy

Dougald Hine – At Work in the Ruins